Does My Bow Tie Make It Better? 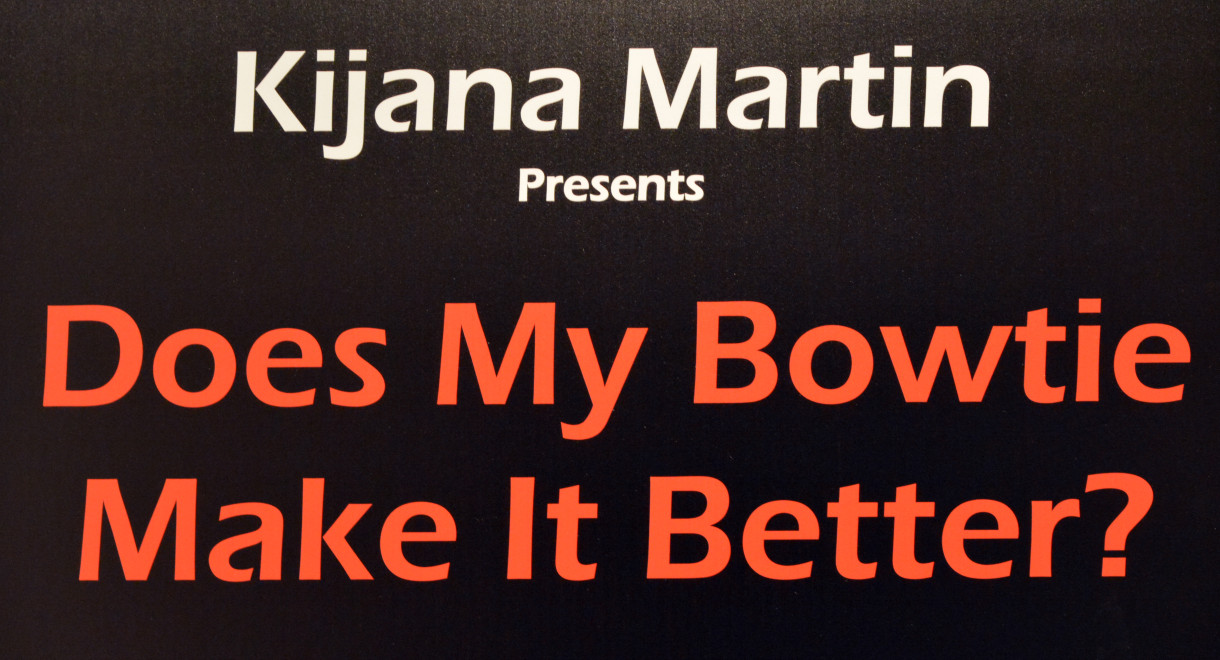 “Does My Bow Tie Make It Better?” explores recurring experiences had by African-Americans at the hands of White America. Bow ties are generally associated with prestige, acumen, and intellect. Usually upon viewing a person wearing a bow tie, someone will make a character judgment, usually a positive one which is that the bow-tie wearer is nonthreatening. In this series, the “bow tie” represents African-Americans (both male and female), conscious and unconscious attempts to make White America feel comfortable or to at the least be nonthreatening, with hopefully the end result being that they can live their lives or at least make it through the day unchallenged. It also represents the many ways African Americans alter their appearance in order to conform to white norms, once again in an attempt to “fit in” and not raise white eyebrows or incite fear. At some point, prior to waking up, each African-American has worn the subconscious bow tie to survive, keep a job (to be able to feed their family), avoid prison or possibly death. This series depicts various scenarios that many African Americans encounter with whites which could result in brutality, death, abuse, torture, or professional marginalization. It prompts the question: “Does my bow tie make it better? Would I have been treated differently had I made the effort to make you feel comfortable?” Lastly, I am also shining a spotlight on some of the emerging next generation civil rights leaders. They refuse the bow tie, regardless the cost, in an effort to expose, educate, and rally action in the African-American community and bring these centuries’ old issues to the forefront.